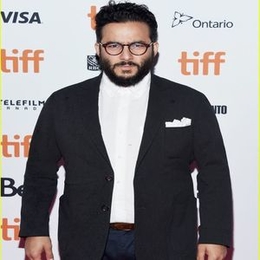 A lot of reports have been claiming that the Turkish and Canadian actor Ennis Esmer recently got hitched with his long-term girlfriend, Amy Blaxland. However, that's not the truth. Married Wiki can confirm that the couple hasn't made their relationship official.

Born in Turkey but raised in Canada after the age of three, Ennis Esmer, a well-known and hard-working actor has been in a blissful relationship with his girlfriend who goes by the name Amy Blaxland for several years. And despite Amy being taller than the Blindspot actor, the love birds share a great relationship where they love and respect each other's indifference. 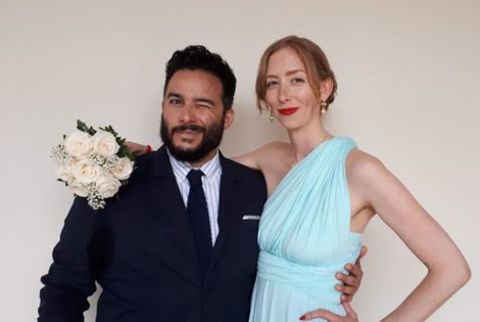 Just recently, as of September 2019, many news outlets published stories that the couple got married. The uncertainty to the outlets was led by a picture of Ennis and Amy where they both look happy in a suit and a bright blue dress whilst the actor's girlfriend also has a bouquet in her hand.

The truth, however, is that the couple is not married yet. Ennis, clearly mentioned in the caption that the duo was at Amy's sister wedding where she played the role of one of the bridesmaids.

Girlfriend of Ennis Esmer, Amy Blaxland is a Canadian stylist, costume designer and Fashion intellect who currently resides in Toronto alongside her boyfriend. Esmer's partner is also an entrepreneur who runs The Woman, a fashion clothing line. 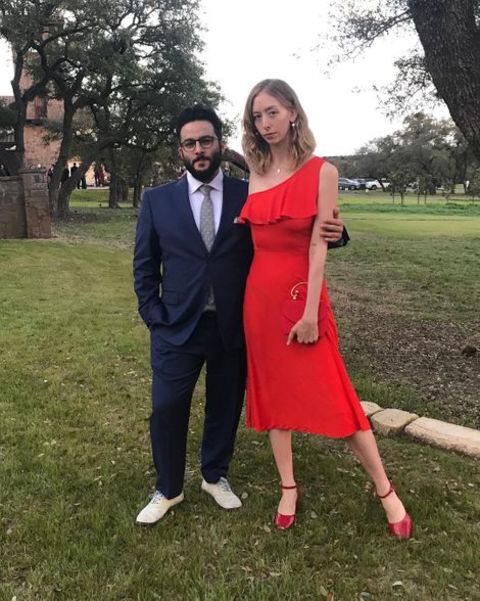 Although the couple is yet to reveal much of their relationship history to their friends, Ennis first met the love of her life when Amy was only 28. But, the great news is that Esmer loves showing off his girl on social media. The massive NBA fan even once proudly mentioned his girlfriend as a Pancake Boss.

Additionally, Ennis and Amy met in 2015 and has been inseparable since then. In the meantime, it looks as if the couple is happy with the way everything is currently. But, of course, their fans and friends can't wait to hear the happy news regarding the couple's marriage.

What Is The Net Worth Of Ennis Esmer?

As an actor and television host who has been in the industry for more than one decade and a half, it can be highly assumed that Esmer has been successful to accumulate a big amount of money to his wealth. 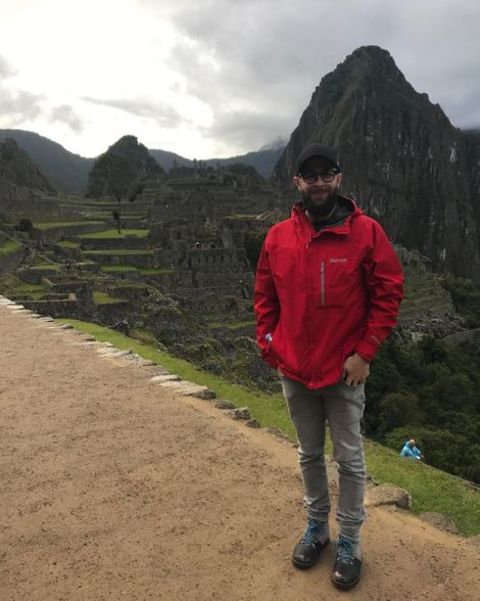 Esmer first began her acting career in 2003 after portraying the roles in How to Deal and Veritas: The Quest. The actor is, however, highly appreciated and known for his role of the Rich Dotcom in the hit tv series, Blindspot.

Esmer appears alongside his co-star including Jaimie Alexander who bags a net worth of more than $4 million. It's reported the series actor earns no less than $60,000 per episode.

Besides, the actor is also known for his roles in Schitt's Creek where he appeared for three episodes as Emir Kaplan. Other roles include Wexler in Dark Matter, Peete in Republic of Doyle and Kurtis Mazhari in Private Eyes.

Meanwhile, a news site called Taddlr claims Esmer possesses a combining financial and non-financial value of $12 million. And, with such great merits, its no doubt, the actor lives a luxurious lifestyle.

Matter of fact, Esmer is frequently traveling across the world. From Peru to Banglore to Japan, as you name it; Mr. Worldwide has been everywhere.

View more Biographies and Gossips on regarding your favorite celebrities on marriedwiki.com.