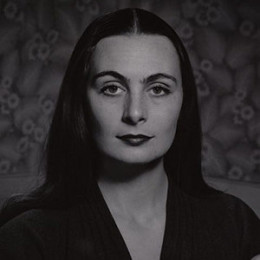 Enrica Soma, primarily a ballerina, was also an American socialite and model. She was of Italian origin as her parents were Italian immigrants. Her father was Antonio Angelo "Tony" Soma and mother Angelica. She appeared as a model on the June 9, 1947 cover of Life Magazine at the age of 18 which brought attention of entire nation to her. She worked with Philippe Halsman who was a famous photographer of that period. She was offered to work in a film by David O. Selznick, but she refused becoming an actress when she met John Huston.

While Soma was working as ballet dancer, John Huston came in contact with her. He then pursued her and then finally married her in 1949 making her his fourth wife. She had two children with him. She had a son, Walter Antony Huston and a daughter Anjelica Huston. Their marriage was however troubled because of Huston often being absent from home and their high age difference.

Enrica Soma married John Huston after he began pursuing her. She was pregnant with their first child when they married. Later there were problems in their marriage when John began to stay out of home mostly and had other affairs too.

Enrica was already pregnant when she married John Huston with her son. Walter Antony Huston later became an Oscar-nominated screenwriter.

Allegra is an English writer and editor. Her actual father was John Julius Norwich as she was born due to the affair between him and her mother. But she was raised by John Huston.