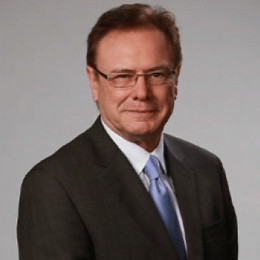 An award winning journalist and anchor who earned popularity from show Univision's Última Hora (Last Hour). He is considered as second most renowned Spanish newscast in the United States. In 1966 he started his career as radio speaker. Later he left the job and joined Los Angeles KWHY-TV station and worked as sports anchor. He also worked as news director of the New Jersey WXTV. Currently he is working as a news anchor on Estrella TV and he host program named Noticiero con Enrique Gratas .

Enrique G. Grants was born on November 25, 1944, in Bahía Blanca. He is Argentine and belongs to the Caucasian ethnicity. His birth sign is Scorpio.

Grants started his professional career as a radio speaker in 1966 and after a year, he moved to the TV. In 1971, he shifted to the US to work as a  correspondent for the Argentine TV. Later, Grant served in the sports division of the Los Angeles KWHY-TV station. He conducted the  Bahía Blanca in 1978.

Grant served as the news director from 1981 to 1985 in WXTV. In 1999, he launched  Última Hora on Univision which was a successful run for 10 years. He last worked for the news anchor of Noticierocon Enrique Gratas on Estrella TV.

Enrique Gratas had married to his long-term girlfriend. He was secretive about his personal life and that might be the reason he never disclosed any information regarding his family.

He was the father of twins. He has not disclosed the name of his wife and his children. In an interview, he told that he was a family guy. According to him, he loves to spend time with his twin daughters and he also helps his wife while cooking and also on her daily chores.

Gratas died at the age of 71 in October 2015 and according to the Chicago Tribune, the reason behind his death was cancer. In September 2015, he recorded a video message where he announced he had an undisclosed disease.

Enrique Gratas had left fortune of millions to his family. There has no record of his exact net worth but it was considered to be millions.