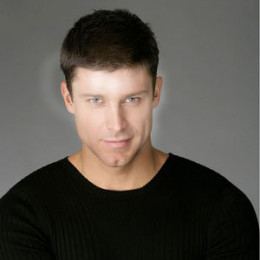 Eric Brady is a fictional character from the original NBC Daytime soap opera, Days of Our Lives, portrayed by Greg Vaughan from 2012 until his exit in 2016 and will reprise the role in January 2017. The actor and former male fashion model has starred in soap operas such as The Young and the Restless and General Hospital. Shortly after graduating from Mesquite High School, he was invited to Milan, Italy, where he modeled for designer Giorgio Armani for two and a half months.

Vaughan was married to Dutch model and actress for eight years before the couple separated in 2014. The actual cause behind their split has not been disclosed till the date. However, people say that they separated due to the lack of time they could spend with each others. From this relationship he is blessed with three sons. From this split, none of them have involved themselves in any kind of affairs and relationship.

Vaughan married Dutch model on June 4, 2006. However On April 14, 2014, they announced that they will be splitting up after being married for 8 years.