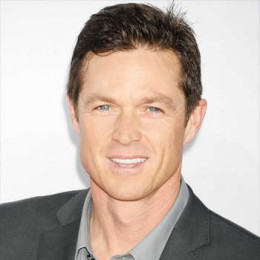 Eric Randolph Close is an actor, known for portraying as Michael Wiseman in Now and Again, as Vin Tanner in The Magnificent Seven and as Martin Fitzgerald in Without a Trace. He made his TV debut in 1991 on an episode of MacGyver. In 1989, he graduated with a B.A. in Communications from the University of Southern California. He is the son of Frederick and Eva.

Talking about his personal life, he is a married man and a father of two daughters. Till now he has been married only once and he has been enjoying his marital relationship since 1995. He has stayed loyal towards his wife as he hasn't been romantically involved with any ladies till date. They seem happy and pretty satisfied with one another so there is a rare chance of their divorce.

She is the one and only beloved wife of Eric, whom he married in the year 1995. They have raised two daughters together.

She is the eldest daughter of Eric, who was born on October 1998.

She is the youngest daughter of Eric, who these days are busy attending her college.