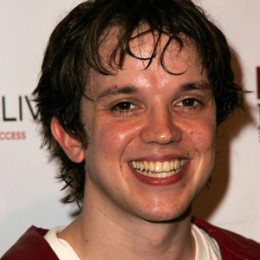 An American actor, Eric Milligan, 43 is best known for his role as Dr. Zack Addy on the Fox series Bones. Eric has received a Bachelor of Fine Arts degree from the University of Michigan. He has acted in many movies, Lady Peacock is his current movie, he has a role of Jerry. 100 Centre Street is his television series. Milligan is openly gay and he is married to his longtime partner, Charles Michel since 2012.

Eric Millegan was born on August 25, 1974, in Hackettstown, New Jersey, U.S. He is American and belongs to White-American ethnicity. Millegan was raised in Springfield, Oregon.

Millegan attends high school at Springfield High School, where he served as student body Vice President in his senior year. Later, he joined the  Interlochen Center for the Arts where he learned acting. Millegan earned his bachelor degree in Fine Arts at the University of Michigan.

Eric Millegan started his acting career in 2000 with the theater play, Jesus Christ Superstar as Apostle. He made his TV debut with 100 Center Street in 2001.

Millegan appeared in short film, Soda Pop where he played the role of Jamie. In 2002, he has seen on Law & Order: Criminal Intent and On Line.

His other screen credit includes, The Phobic, Curb Your Enthusiasm, Bones and Lady Peacock.

Eric Millegan, 43 is openly gay. He married his long-time partner, Charles Michel on June 28, 2012, in New York City. The duo is together then since and enjoying their blissful married life.

In 2003, Millegan was awarded, ''Hottest Up-and-Coming Openly Gay Actor'' by Out Magazine. In an interview with, The Huffington Post on March 2010, he publically discusses his bipolar disorder.

Besides his husband, Michel, Milligan was never linked up with any of his co-stars nor his affair rumors took place.

American actor, Eric Millegan estimated net worth is $750 thousand. His movies also did a quite impressive job at the box office which helps to add more sum to his net worth.

Eric Millegan is currently married to Charles Michel since 2012.There is no information about her children in social sites.