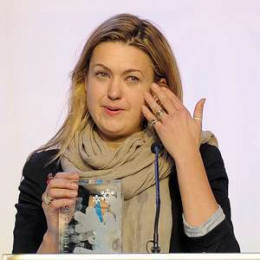 Erica Dunton is a Writer and Director. She graduated from Durham University with a Law. Erica has directed five features plus commercials, promos and television including the CW show, "One Tree Hill" starring Chad Michael Murray, Sophia Bush, Hilarie Burton and Nick Lachey. Erica's first feature which she wrote, produced and directed in 2005 was "Red Means Go". She is the daughter of Joe Dunton.