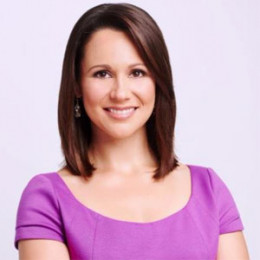 Erica Grow is an American television reporter and meteorologist currently serving WNBC-TV in New York City, NY. She received Bachelor of Science degree in Meteorology from Penn State University in 2002 and received the AMS Seal as a Certified Broadcast Meteorologist in 2012.

In late September 2015, Grow became the new weekend evening meteorologist for flagship NBC station WNBC in New York City. She left Midland to join the crew of WHP-TV in Harrisburg, Pennsylvania as a meteorologist and reporter. According to her public profile, Grow is not yet married and possibly single as well.

Popular news reporter ‘Erica Grow’ was born on 1980 in Bethlehem, Pennsylvania. She belongs to the white ethnicity and holds American nationality. She is best known as the meteorologist and reporter of ‘WNBC’.

She completed her graduation in Bachelor of Science degree in Meteorology from ‘Penn State University’ in 2002.

After completing her education Erica joined KMID-TV as meteorologist and weather producer. Later she worked at WHP-TV and in 2007; she became a weather anchor for ‘WPVI-TV’. However, she has to leave her job at ‘WPVI’ because of her contract issue.

Shortly after, she was hired at WTNH-TV for the forecast, produce and anchor weather segments. In 2012, Erica succeeds to earn the ‘Certified Broadcast Meteorologist’ seal of approval from ‘American Meteorological Society’.

Eric Grow is very secretive about her personal life that’s why she prefers to keep mum regarding her personal stuff. However, she has been often twitted about her boyfriends though his information is under wrap. She is very close to her mother.

Considering her annual salary above $85,000 dollar make her one of the richest reporters and surely she has very good amount of net worth. Erica is living a sophisticated lifestyle in New York.