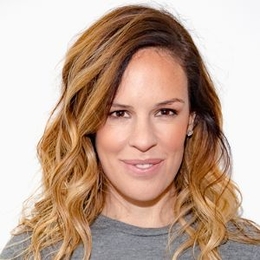 Erika Kathryn Nardini is an American business personality, best known as the CEO of a sports site, Barstool Sports. More significantly, Nardini is famous for effective marketing qualities as she worked for many reputed companies previously.

Firstly, speaking about Erika Nardini's marital status, she is a married woman. Erika shared the wedding vows with her husband named Brett Nardini. However, she has not disclosed the wedding date and prior information. Her husband, Brett, is a financial professional at Wells Fargo Securities, LLC, a nationally registered broker-dealer with more than 3,050 representatives. 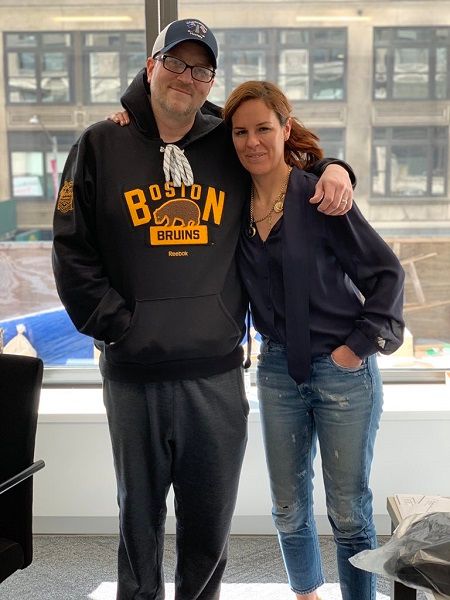 During their marriage, the pair gave birth to two children. At first, They were blessed by the first child, a son named Josh Nardini, in 1999. A year later, the lovely couple welcomed their second son, Sam Nardini, in 2000. 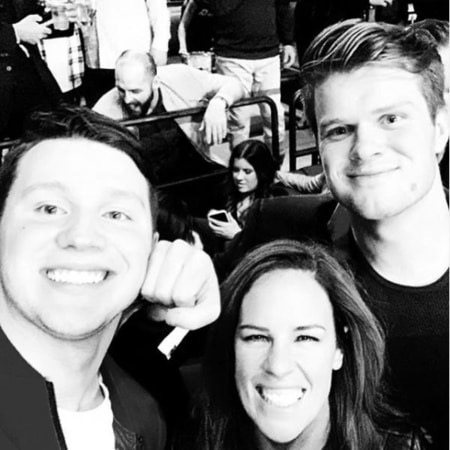 Checking about her social account, she hardly shares posts related to her family: husband and kids. Most probably, she prioritizes her work than anything else. It seems her husband is much more supportive of uplifting her in success.

The mother of two came a long way before she reached where she now is. After completing her studies, she first engaged herself in different places of work. Her first job in Fidelity Investment Company was a media planner and radio broadcaster. She joined another organization later in 2001, Arnold Worldwide, and served as the team accounts manager. Again, when she quit the company and worked with other major corporations, including Microsoft and Yahoo, she did not stay there for too long. 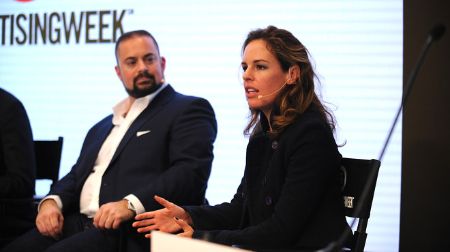 Nardini has worked with AOL, where she was vice president of marketing, after which she became the company chief marketing officer. Moreover, She worked for music biz named Bkstg, where she held a top place as well.

In 2016, Brett's partner was finally appointed as the CEO of Barstool Sports. The company is the digital media juggernaut that delivers unfiltered, authentic, and satirical sports and entertainment content 24/7 through its website, app, podcasts, and Sirius XM channel to over a billion social media followers and millions of people.

How Much Does Erika Nardini Worth?

The 44 years old has an estimated net worth of $12 million as of 2020. There is no doubt; Nardini made a massive fortune through her successful career. As a matter of fact, she has worked for various corporations and has always been in the top positions, thereby earning a decent salary. 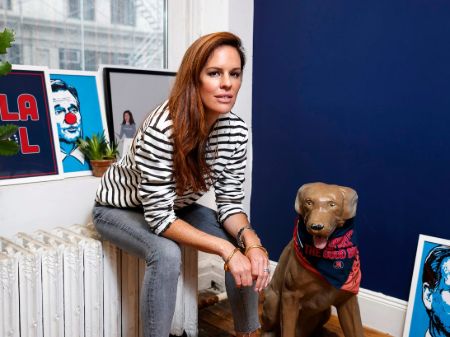 Erika has now become very successful and continues to climb the ladder to higher levels. Besides, she has become an inspiration for many people to never give up on their dreams. Hence, the CEO of Barstool Sports is enjoying a luxurious life with her family.

Stay intuned with marriedwiki.com for more Biographies and News.

Brett Nardini is the husband of a famous business personality named Erika Nardini, the CEO of Barstool Sports. They gave birth to two kids.

Josh Nardini is the eldest child of Erika Nardini. he has already touched the adulthood. It has been reported that he is now attending a university.

Sam Nardini is the second child of Erika Nardini. He has also reached adulthood. Most probably, he is currently in high school.