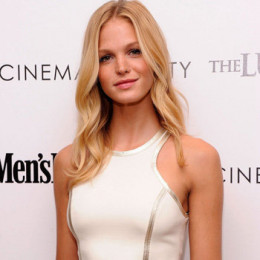 She is a fashion model and actress, noted for her work for lingerie retailer Victoria's Secret. She began her modelling career at the age of 17, since then she has appeared on the covers of GQ Spain, Muse, Elle Czech, Rush, GQ Germany, Grazia, Velvet, Elle Russia, Elle France, Elle Serbia and Flair Austria. As of 2013, she was ranked #15 on Models.com top 25 sexiest models list. She was born to Laura and Mark Bubley.

Accounting her personal life, she is yet unmarried but currently is in a serious relationship with her boyfriend who is a popular DJ. These days the couple is spotted quite often at various events and it seems like they have a great bonding with one another so they probably are looking forward to getting married soon. In 2010, she was rumored of dating Jared Followill.