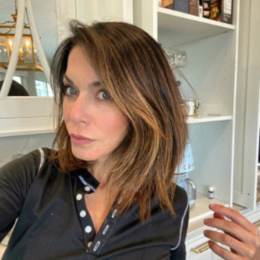 Erin O'Hearn is a talented American news anchor and reporter for 6ABC based in Philadelphia. She joined the network as a general assignment reporter at 6ABC Philadelphia since January 2006. Before fame, she served two years at MTV News.

O'Hearn is officially a married woman. She tied a knot to the builder Sal Paone Jr. also known as SJP on September 6, 2008. According to The Inquirer, Erin met the love of her life (SJP) when she did a story about a good deed that he did for a family. Hence, after kindling romance for years, they took the relationship to next level. 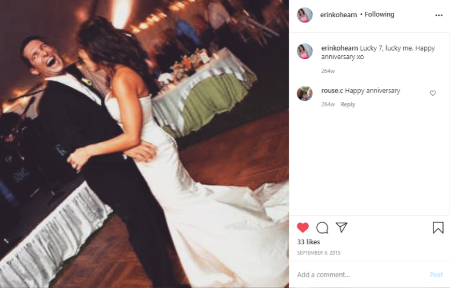 Sal Paone and Erin are blessed with three lovely children. The pair announced they were expecting the first child on March 3, 2009. On 14 July 2009, they welcomed a beautiful daughter. Similary, Erin welcomed their second child, a son on 23 March 2011, and a third child on November 23, 2013.

Even though the 6ABC reporter filled her social media with pictures of her husband and their young ones, she refuses to reveal the names and identities of the kids. Walking on her Instagram, Erin's daughter is good at swimming and dance, the second child is a yellow belt in Karate and the third one is a basketball player in school. 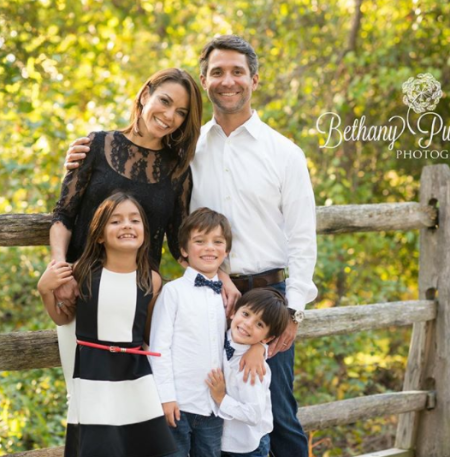 O'Hearn takes her family for a vacation and adventures in the meantime. She loves to spend quality time with her loved ones rather than getting busy on her job. The Erin-Sal duo successfully crossed 12 years of marriage with no signs of divorce or extramarital affairs.

Erin O'Hearn Net Worth: How Rich Is 6ABC news anchor?

Erin O'Hearn has an estimated net worth of $1 million as of 2020. She receives a salary of $96,380 dollars per annum which is the basic salary of a 6ABC news anchor/reporter.

The mother to three spent half of career producing episodes of an MTV documentary True Life before she joined news channels. During her period at MTV, she traveled across the country, following teens and young adults as they grappled with issues like bipolar disorder and drug addiction. 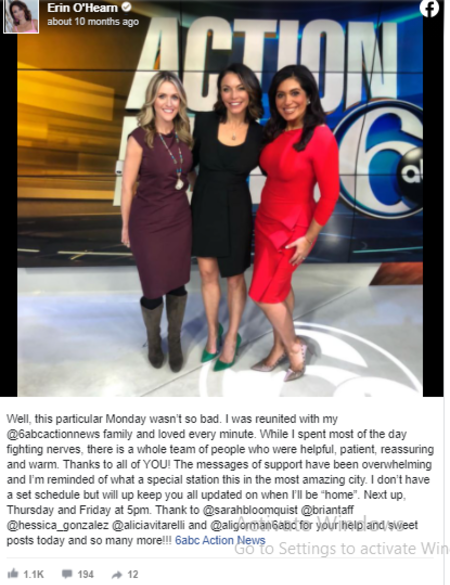 O'Hearn had strong background covering politics after she started her broadcasting career at Capital News 9 in her hometown. She worked as an anchor and reporter in August 2002 at Time Warner Cable News till 2004.

From 2004 to December 2005, Erin served as an anchor, reporter for ABC 11 Eyewitness News on WTVD  which is an ABC owned station in Durham, North Carolina. At that time, she covered breaking news to UNC pep rallies, hurricanes ripping through the State.

Erin joined the Action News team in Philadelphia as a general assignment reporter in January of 2006. Later on, she took a break from the network to focus on family in 2010 but returned in 2013 on a part-time basis. In the fall of 2017, she stopped appearing frequently on-air. Again in December 2019, Erin announced her return to be associate with 6ABC Philadelphia.

Erin was born in the 1970s to American parents in Albany, New York, U.S. Speaking of education, she attended Shaker High School from 1992 to 1995. Erin graduated in a Bachelor of Science from Cornell University. The crystal blue-eyed stands at a height of 5 feet 4 inches and weighs 60 kg.

Erin O'Hearn married the love of her life, a builder Sal Paone Jr in 2008. They have crossed 12 years of husband-wife relationship and share three children.

Sal Paone Jr and wife Erin gave birth to the first child, a daughter on July 14, 2009. She has two brothers.

Sal Paone Jr and wife Erin gave birth to a second child on March 23, 2011. The baby boy is 9 years old and has two siblings.