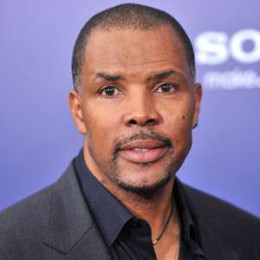 Eriq La Salle is an American actor, writer, and a producer. He grew up with his mother Ada Haynes. Eriq completed his high school studies from Weaver High School and then went to Juilliard School's Drama Division. Later, he went to the New York University completing his bachelor's degree in fine arts. After completing his study, he began his acting career in theater plays.

Eriq La Salle started his TV acting career playing in soap operas such as Life to Live,Rappin and Another World. He has also directed and produced “Crazy as Hell, and The Twilight Zone”. Eriq has also published a novel entitled  “Laws of Depravity”. He was previously in a romantic relationship with Angela Johnson. They got engaged in 1998 and then got separated. They faced some problems due to the house that they had purchased together.