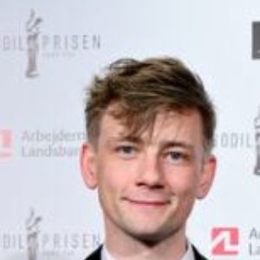 Esben Smed is best known to the wider television audience for his excellent portrayal of Nicky in the two seasons of the critically acclaimed television series Follow The Money and Lykke-Per. His upcoming projects include the TV series Agent and the drama The Kiss.

Is Esben Smed Married? Who is His Wife?

Esben Smed enjoys a blissful married life with a wife, Line Daugbjerg Christensen and a child. Back in 2009, both Esben and Line signed up to work on Aching Hearts. Line has established herself as a production assistant in several movies like True Spirit, Murk and This 86400 Sekunden. 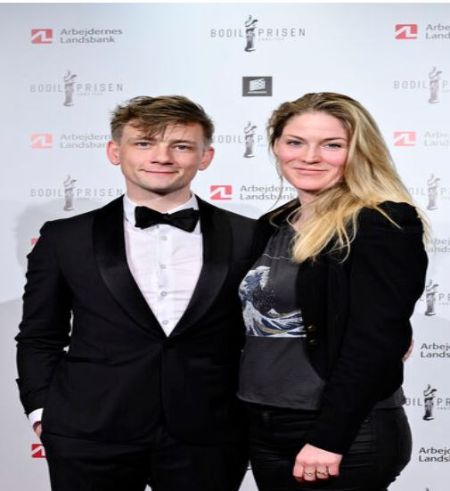 Esben Smed on the red carpet at the Folketeatret, SOURCE: imago

While working on the set of the Aching Hearts, Esben and his lady love grew closer. It didn't take long for the actor to ask her out on a date. And just like that, the two turned into sweethearts. Smed and Christensen found their other half in each other.

Also, the lovebirds didn't want the public to know about their engagement and marriage, so no media was involved. Esben has kept the detail of his personal life a secret and has managed to hold his reputation as a private person.

As said earlier, Esben and Line have not revealed any information regarding their personal life, so it is very difficult to know about their marriage and their mysterious son. The proud parents are best at hiding their marital life, and both are miles away from social networks. 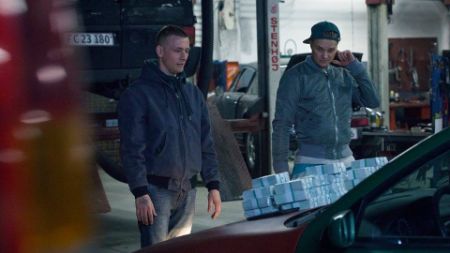 Esben Smed starring in one of his films. SOURCE: Facebook(@EsbenSmed)

Well, Smed called Daniel Rye in connection with his film' Do You See the Moon, Daniel.' The movie tells the true story of Daniel, kidnapped by IS and spent 309 days in a terrorist camp. Esben got a chance to play a Danish ISIS hostage  Daniel Rye Ottosen in Niels Arden Oplev's featured film.

After his last movie, Daniel released in 2019; the blue-eyed actor didn't come to the big screen for three years. The good news for all of Esben's fans as the 37-year-old star is hands full right now as he prepares for his upcoming roles in the television series Agent and drama The Kiss.

As per various online sources, actor Esben Smed holds an incredible networth of $1.5 million. He earned his wealth and popularity as a part of the entertainment industry, starring in various television series and film roles. Smed is among the well-paid actor.

Watch the video of Esben Smed on his movie.

Furthermore, Esben earns a good amount of fortune from his endorsement deals. The Danish film star started his acting career by showing up in a television movie documentary 'Det store laerred:2 ryk og 1 aflevering' in 2003.

Mr. Smed appeared in two films by Nils Malmros, Aching Hears and Sorrow and Joy, in 2009 and 2013, respectively. In 2017, Smed portrayed Nicky in the two seasons of the critically acclaimed television series Follow The Money aired in 2017.

Keep coming back to Married Wiki for exciting biographies & news of celebs.

Esben Smed and his wife Line Daugbjerg Christensen welcomed a son whose details are not revealed.