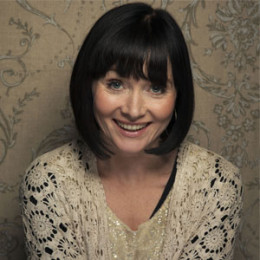 Actress, Essie Davis is known for her roles as Phryne Fisher in Miss Fisher's Murder Mysteries and Amelia Vanek in The Babadook.

She is a daughter of local artist George Davis. She attended National Institute of Dramatic Art (NIDA) in Sydney, where she graduated in 1992. Her acting career began with the Bell Shakespeare company cast as Juliet in its 1993 production of Romeo and Juliet. Davis was a member of the Old Nick Company.

In 2002, Essie Davis married Justin Kurzel. The couple has twin daughters, Ruby Kurzel & Stella Kurzel born in 2006. She won Laurence Olivier Award in a category of Best Supporting Actress in "A Streetcar Named Desire" at the Royal National Theatre in England (portraying Stella Kowalski opposite Glenn Close and Iann Glenn).

In 2002, Essie Davis married her long-time boyfriend Justin Kurzel. The couple has been blessed with twin daughters.