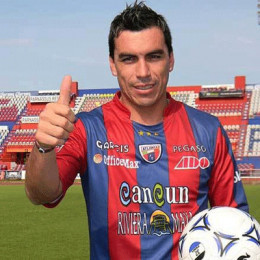 Esteban Efrain Paredes Quintanilla is a Chilean professional football player. Currently he is playing for Chilean club named Colo-Colo. He plays as a striker. His childhood was very difficult. When he was only 12 years old his father married another woman and she became like a mother to him. He also considers her as his parent. He had also tried to live with his biological mother but it did not worked out so he decided to live with his father and his step mother. He has represented Chile national team in the 2010 as well as in 2014 World Cup.