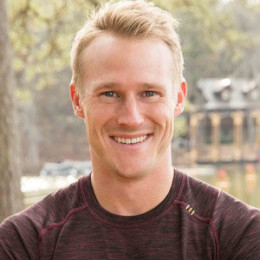 Evan Dollard worked as a youth instructor before joining various reality television competitions starting with NBC's American Gladiators. He also known under the nickname Rocket, he hosts a self-titled YouTube channel offering fitness tips. Evan Dollard is 34 years old and he has not disclosed any personal information about his on social sites and he has not faced any controversy in his life.