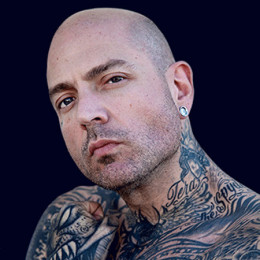 He is an American musician, photographer, actor, and writer, best known as a lead singer of the metal band Attika 7. Previously, he was a bassist, vocalist and founding member of Heavy Metal Band Biohazard. He has made his appearance in several pornographic films. He is the recipient of 2008 XBIZ Award for Crossover Male Star of the Year and 2009 XBIZ Award for ASACP Service Recognition Award.

Accounting his personal life, he has been married twice, where his first marriage lasted only for five years. He is now married to his long time dated girlfriend with whom he is spotted quite often. Till now there is no record of his kids. Both of his wife are pornographic actresses. Beside all this, he has been through lots of dates and breakups in his past days.

She is the second wife of Seinfeld, who by profession is a pornographic actress, DJ and music producer. Her actual name is Zuleidy Piedrahita.