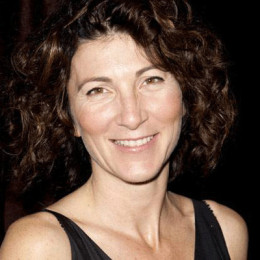 She is an English screen and stage actress and director who is best recognized for her performance in the Showtime television series Nurse Jackie as as Dr. O'Hara in the Showtime television series Nurse Jackie. She was a nominee of a Tony Award for Best Actress and also a winner of an Olivier Award for Best Actress. She had attended Wycombe Abbey Girls’ School, Lincoln College and also went to Royal Academy of Dramatic Art.

Her relationship status is unknown. It is not revealed whether she is married or has children or is in relationship or has been divorced or is single at present. She has not revealed any of her private affairs to public. Her past dating is also not available. She has remain quite and discreet regarding her personal life. There were rumors that she has been married secretly but she has not confirmed the rumor till date.