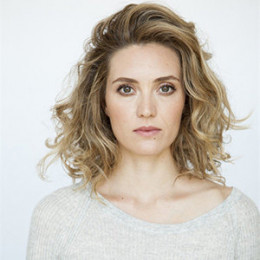 A Canadian film, television and theatre actress, Evelyne Brochu is currently single. She was previously dated to Francois Arnaud ( 2012- 2014). She grew up in Pointe-Claire. Her mother is a violoncello teacher and her father worked as a taxi driver. Brochu graduated from the Conservatoire dart dramatique in Montreal. She became widely known for her English-speaking role as Delphine Cormier on the hit TV series "Orphan Black".

Currently, she portrays Aurora Luft in CBC Television's "spy thriller X Company". In 2012, she was awarded by Prix Gémeaux for Best Lead Actress and also nominated the times for Best Performance by an Actress in a Supporting Role. She is the cousin sister of Sarah Dion, a French-Canadian singer. She dated to Francois Arnaud in 2012 but they did not continue their relationship and ended in the year 2014.