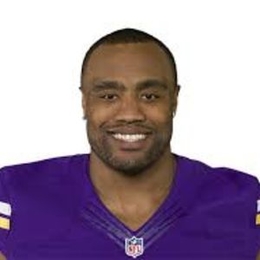 Among many successful football stars, Everson Griffen is one of those who's gained both name and fame in the short span of time. Everson Griffin is an American football defensive end for the Detroit Lions of the National Football League. He is eagerly waiting for Brand New Start with Lions for the chance to get going on a new start with them.

Everson Griffen married the love of his life, Tiffany Brandt, on July 6, 2014. The defensive end met the Minnesota Vikings star at a now-defunct bar in Brooklyn Park. They have been together ever since. 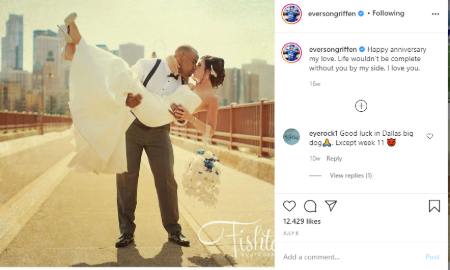 Brandt recalled how their first encounter was kind of funny. Everson was with his brother and some other girls. After dating for a few years, the pair took their romance to the next level. The Princess Bride Videography helped encapsulate the joyous couple and their special moment.

Griffen feels blessed being hitched to Brandt and enjoys life as an amazing dad. His wife is a native of Minnesota and currently lives in Excelsior with her family. As of 2020, The Everson-Tiffany duo successfully crossed seven years of a conjugal relationship, yet, they share a strong bond.

Griffen and his agent received a letter from Minnesota Vikings on September 20, 2018, writing that he would not be allowed back with the team unless he experiences mental health evaluation.

Two days later, he involved in an incident at Hotel Ivy where he had reportedly threatened to shoot someone because he was not allowed to enter his room. On September of 2018, the Detroit Lions star was admitted to the hospital for a mental health sickness. 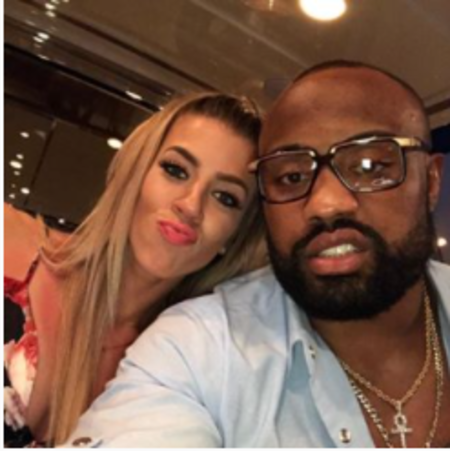 To date, Griffen spent nearly a decade with Minnesota reaching double-digit sacks three times. Not only that, but he was also named second-team All-Pro by the Associated Press in 2017. His play was notably enough to earn a four-year extension worth $58 million but the circumstances clearly changed.

When it comes to lifestyle, Griffen and his family live in a 14,000 square feet house which comprises seven bedrooms, nine bathrooms, a spacious passage, and a huge compound. Everson bought the house in 2017 for $2,850, 000.

Everson Griffen was born on December 22, 1987, in Avondale Arizona. The 6 ft 3 inches tall holds an African-American nationality and belongs to Afro American ethnicity. He attended Agua Fria High School in his hometown, the high school as Vikings Hall of Famer Randall McDaniel.

Everson Griffen and wife Tiffany Brandt are happily married for seven years. They are blessed with three children.

Greyson Griffen is the first child of Everson Griffen and Tiffany Brandt. He has two siblings Sebastian Gregory and Ellis Griffen.

Ellis Griffen was born in 2015 to Everson Griffen and Tiffany Brandt. He has two siblings Greyson and Sebastian Gregory.

Sebastian Gregory was born on November 23, 2017, to Everson Griffen and Tiffany Brandt. He has two siblings Ellis and Greyson.