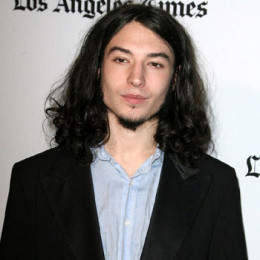 Ezra Matthew Miller is an actor, model, singer and musician, noted for his title role in We Need to Talk About Kevin and for his portrayal in Batman v Superman: Dawn of Justice as Barry Allen / The Flash in 2016. Besides acting, he is a singer and drummer in a New York-based band, "Sons of an Illustrious Father". He is the son of Marta, a modern dancer and Robert S. Miller, a publisher at Workman Publishing.

He is yet a bachelor but is going to get married soon, as he is engaged to his fiance. His fiance is a talented actress with whom he has been dating since 2013. Before all this happened, he dated a long list of pretty ladies in his past days but does not have children with any of them. Talking about his sexuality, he is a gay but he defines himself as queer, as he generally has attraction towards females but side by side he is attracted towards males also.