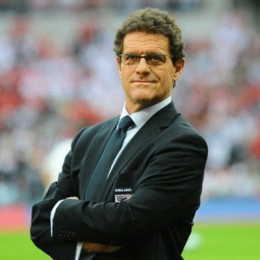 He is an Italian manager and a former professional football player who was in the Italian National Football Team since 1972-1978. He had also played for clubs like Rona, Juventus, Milan and SPAL. He is the head coach of the Russia national football team since 2012. He started his youth career at SPAL and made his debut from the club in the year 1972. He started managing the team from the club Milan Primavera in the year 1982.

He is a married man. He has a child from this marriage. He has been married for over 40 years now. He met his wife in a bus for the first time. Later on, they start to meet and they started dating. She has been the one and only to her. His name has not been rumored with any women. He has been faithful to his wife. He loves his family very much. He comes in rumor about his shift from the team he manages.

She has been her long time girlfriend. They met in the bus for the first time. They have a son.

He is an adult now. He is working as an agent for his father. He has been help to his father.