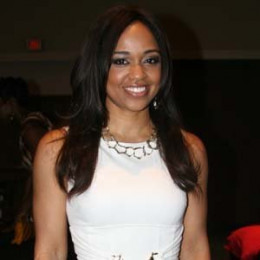 Faith Jenkins is an American multi-talented beauty known for her works as Attorney, litigator and media personality. She completed her Bachelors from Louisiana State University majoring in Political Science. Her major titles included Miss Louisiana in the year 2000, Miss Louisiana Tech in the year 1998 and first runner-up Of Miss America. She was first African American to have won Miss Louisiana title. Jenkins is also a host of true crime documentary series entitled Justice By Any Means, which premiered on December 7, 2015, on TV One.

Her personal life has remained obscured from social media although she has been a prominent media figure. It has been assumed that she is very much single.

Although she is rumored to be dating some of the handsome guys, none of them are official.

People believe that she is mainly focused in her career rather than love, affairs or anything else. Also, she has never been to the media with any controversial things.

Faith Jenkins was born on 21 September 1977 in Shreveport, Lousiana.

She received a bachelor's degree in political science from Lousiana Tech University.

She became a TV arbitrator on Judge Faith, a daytime court show. The show ended production in 2018.