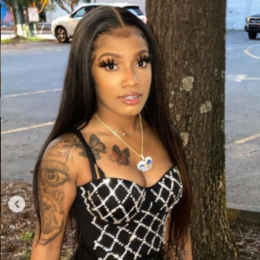 Famous Ocean is also known as Kayla, is a rising rap artist and established Instagram personality who used social media to promote music and share daily updates of her life. Other than that, Ocean performed alongside her sister Kung-Fu in a rap group called Hollywood Dollz.

Who Is Famous Ocean Dating Currently?

Famous Ocean is not single. She has been dating a fellow singer and YouTube star Luh Kel for eight months. On 25 December 2020, Ocean took a short of her boyfriend trimming her hair. At the same time, she captioned the post with "8 months with this fool. I Love You". 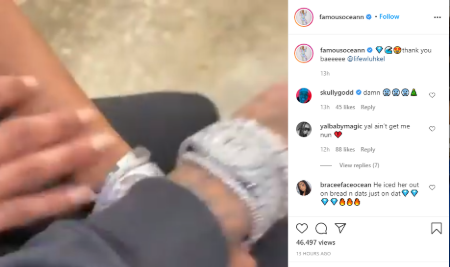 Ocean's beau is as famous as she is on YouTube and Instagram; he has amassed over 2.3 million followers and 1.2 million subscribers on YouTube. Besides, the most common things between the two are love for tattoos and cars.

Famous Ocean was previously in a relationship with an Instagram star Chris Gone Crazy who gained fame for posting humorous videos with dubsmash creations.  She started dating Chris back in 2018, and throughout the dating period, they were in an on-and-off relationship. Sadly, the two called it quit in May 2019. The starlet announced via YouTube "The Reason Why Chris and I Broke Up."

A Few days later, Ocean revealed the reason behind their split, citing challenges in the relationship because of fame and friends. The two got back in the same month. And notably, in the same year, things took a heated turn in their relationship. On 15 December 2019, Famous posted a prank video where she convinced Chris was cheating on him. 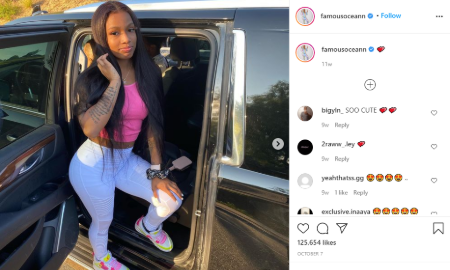 Later on, Famous made a solo freestyle titled "So Groovy" to the web in November 2017. Later on, Ocean and her sisters formed a Hip Hop genre's rap group, "Hollywood Dollz," in 2017 comprising a trio of Instagram influencers with an official single title "Big Ole Flex."

In addition to that, Ocean and Hollywood Dollz were included in the Home for the Holidays Sweet 16 Tour with 2-Crucial, Nia Kay, Street Bud, Flau'jae, and King Imprint.