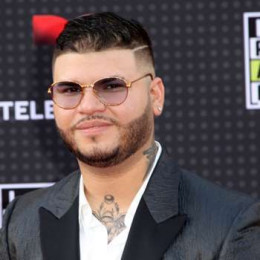 Farruko is the stage name of Carlos Efren Reyes Rosado, who us a reggaeton song writer and singer of Puerto Rican nationality. After rising to fame after being associated with artists like Jory, Daddy Yankee and J Alvarez, Farruko has since been nominated for Latin Grammy’s thrice. He was born in Bayamon, Puerto Rico and started his singing career at the age of 15.