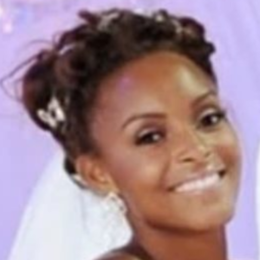 Faune Drake is the ex-wife of American former professional basketball player Zachary Randolph. She further came to the limelight after filing a divorce against Zach who is also the father of her three kids.

Faune Drake was married to her high school sweetheart Zach Randolph for six years after they started dating in 2001. At the time, both Faune and Zach were sports players. While Faune was a track runner, Zach used to play basketball for a college team.

The mother of three tied the knot after Randolph proposed Faune when his team won against the Golden State Warriors on 10 November 2014. During an interview, Drake recalled being presented with a 14-carat canary diamond ring. Professional Studio Tran Photography captured the whole wedding. 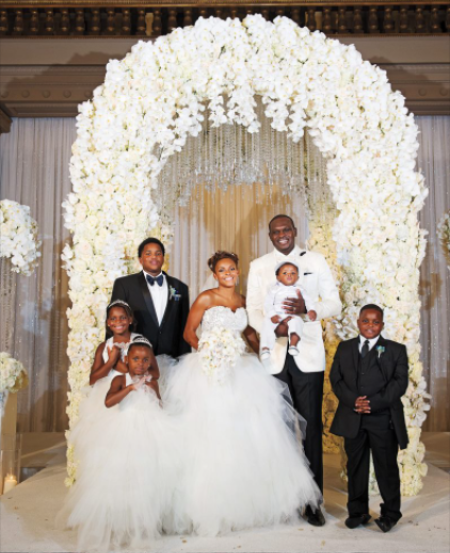 The pair exchanged vows at the Crowne Plaza Indianapolis Downton Union Statio. Faune was stunned in a custom-made bridal gown by Pnina Tornai and Pedram Couture, whereas Randoph wore a BrandWills and Waraire Boswell's attire.

Faune and Zach were not only childhood friends but also went to church together. Drake grew up studying from an elementary school to high school with Randolph.

Unfortunately, their marriage couldn't last forever. In October 2020, Drake filed for divorce against the Sacramento player after tweeting a shocking statement about his estranged wife, "I Married a Ho." As soon as the public caught the wind of the tweet, Zach claimed someone hacked his Twitter account.

Drake shares three kids with her husband, Zach Randolph. She is a doting mother to her three children with now ex-husband Zach Randolph. Right after graduation, Faune became pregnant with her first child MacKenly Randolph. 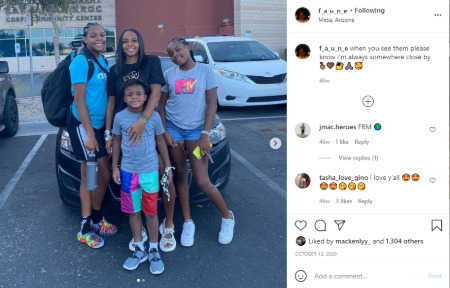 Faune Drake is a mother to three kids. SOURCE: Instagram

After Faune and Zach parted separate ways, they agreed to share the joint custody of their three kids. Although Faune's relationship with Zach could not work out, their kids are pretty much fond of their dad.

To date, there are no reports of whether there will be an issue regarding custody and child support payments as the player is allegedly worth $85 million. Sources claim the former husband and wife lived separately before their divorce, and that Rudoph was seeing another woman. Zach Randolph was spotted hanging out with a mysterious lady whom he even gave a foot massage.

What is Faune Drake's Net Worth?

Faune Drake lived a lavish lifestyle with her husband of six years, Zachary Randolph, until 2020. Zachary is counted as one of the highest-paid players in the NBA, with a net worth of more than $85 million.

It comprises a swimming pool, large cabana, well-furnished kitchen, bedroom, bathroom, and a basketball court. However, Faune is most likely to live in a separate home with their children.

Be sure to check out Married Wiki for more interesting biographies.

Faune Drake was married to Zach Randolph for six years. They tied a knot in 2014 and divorced in 2020.

Maziya Randolph is the second child of Zach Randolph and Faune Drake. She was born on 3 September 2008.

Zachery Randolph Jr. is the youngest child of Faune Drake with Zach Randolph. He was born between 2013 to 2014.

MacKenly Randolph is the first child of Faune Drake with Zach Randolph. She was born in 2006.