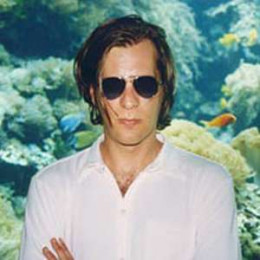 Fennesz, born as Christian Fennesz in Vienna, is an American electronic music artist, primarily a guitarist. During school, he studied music formally in an art school. Fennesz had already started playing guitar at the age of 8. He is known only as Fennesz in his records. Fennesz mostly works along with Jim O’Rourke for his records. He is mostly known for uniquely created multilayered compositions.

Fennesz started his career in music by teaming up with Mark Linkous in 2009 for the production of In the Fishtank 15. Afterwards, he worked with Tapeworm label and released Szampler. Fennesz rose to fame after releasing The Norwegian National Opera from the live Ulver. His major studio albums include Endless Summer, Venice, and Black Sea. There is no reliable source confirming about his relationships.