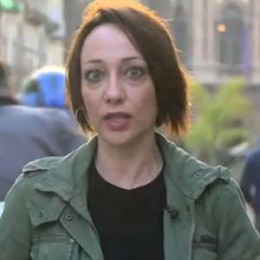 Filio Kontrafouri is a journalist, who has worked in both on-screen and off-screen. She has served in a number of channels such as France 24, CBS News, ABC News and much more. Kontrafouri has also worked in international media and started her reporting career from the United States.

Filio Kontrafouri began her career as an assistant producer in The CBS News in New York. She has reported the Greek Island of Lesvos and she is the eye witnessed of the arrival of refugees. According to our record, she has not faced any controversy personally of professionally. Kontrafouri is possibly single since no news on her having boyfriend, dating, affair or past relationship has been made so far.