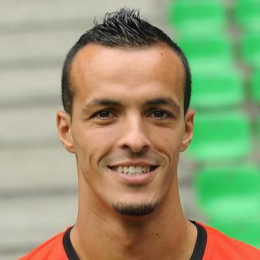 He is an Algerian professional footballer currently playing for the Spanish club side Real Betis, on loan from club Marseille and is in the Algeria national team as an an attacking midfielder wearing jersey number 11. He started his career at his hometown club called FC Martigues and made his professional debut from the club Cannes in the year 2004. He has been serving in the National Team of Algeria since 2010.

There is no information available whether he is single or has a girlfriend or married and have a child. He has not revealed about his relationship status. Looking at his dating history, there is no record available. He has been so discreet and has maintained low profile regarding his personal matters. He is rumored in the transfers during the transfer seasons other than that there are no any rumors available on him.