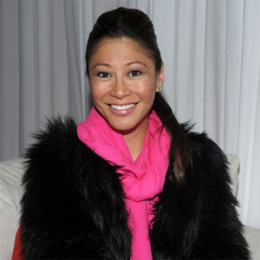 Frances Rivera is a Filipino-American television news anchor and journalist. She is currently working for NBC News and MSNBC.

She and her family with brothers Andre and Marc moved to different cities during her childhood. Frances attended University of Philippines wand graduated with a bachelor’s degree in journalism.

Rivera serves as a television reporter and anchor for Boston’s NBC affiliate WHDH for a decade until August 2011. From 2011-2013, she was a morning news anchor for WPIX in New York City. In February 2014, she joined NBC News and MSNBC where she serves as Thomas Roberts co-anchor on MSNBC Live airing weekdays from 1-3pm.

Frances is married women and a mother of two children. She is married to Stuart Frass. They had their very first child, a daughter named Tessa in 2010. Similarly, in 2012, she gave birth to their another child, a son, named Laz Conrad River.