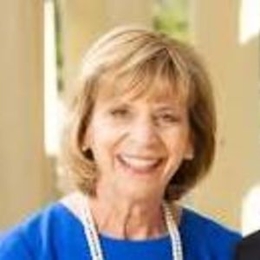 They say fame is indeed beautiful and benign, gentle, and satisfying, but happiness is something that is tender and brilliant beyond all things. To precise, Frances Struewing has got both of them. She garnered limelight because of her marital relationship attorney and 70th governor of Ohio, Mike DeWine.

Frances Struewing DeWine has been married to the American politician and Ohio governor Mike DeWine for more than 50 years. After dating for years, the lovebirds walked down the aisle in 1967. 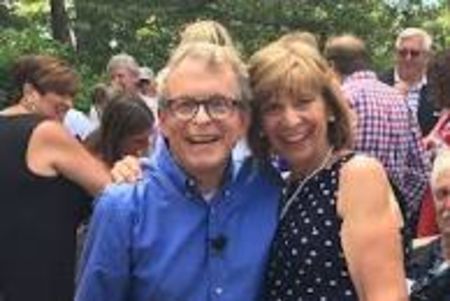 Either of the pair spent their young days in Yellow Springs, a small town in western Ohio in Greene County. As per the Dayton Daily News, Frances and Mike grew up together, having met in first grade.

The couple began kindling romance in sixth grade. Amidst a visit to Yellow Springs High School in 2012, Mike shared he had taken Frances to see a show at the Little Art Theatre as a first date.

Frances and her partner Mike studied together at Miami University in Oxford, Ohio. The DeWine's turned their relationship into holy matrimony while they were still college students.

Ohio Governor Mike DeWine and spouse Frances DeWine are proud parents to eight children including Rebecca Dewine who died in a car accident in 1993. She had been planning to chase journalism as a career before her demise. 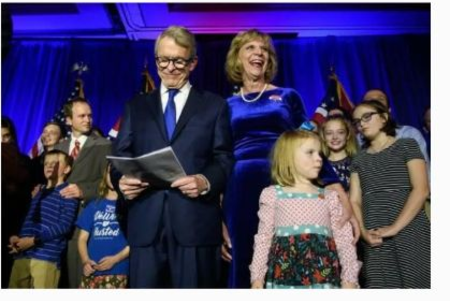 Frances' eldest child Patrick DeWine, was born a year after their wedding, on February 22, 1968. He is actively involved in the Republican party and currently works as an associate justice on the Ohio Supreme Court.

Alice DeWine Dudukovich, the third child works as an Assistant Prosecuting Attorney in the criminal division, Greene County. She's got, three children. Similarly, Jill DeWine, who has six children, resides in Worthington a suburb of Columbus.

Mark DeWine II is an MBA student at Ohio State University. He married in 2013 and fathered two children. According to the LinkedIn profile, he is a fifth-grade social studies teacher.

DeWine's seventh child Brain DeWine manages the baseball club and earned a Master's degree in sports management from Ohio State University. Ann DeWine Bolton, the youngest of all works as a reporter at Xenia Daily Gazette. They have one more son, John DeWine who embraced the low key life.

Frances and Mark DeWine are the living God in human beings. For instance, the couple is actively involved in philanthropic works like collecting toys each year to help the school in Haiti which is named after her late daughter. The Becky DeWine School consists of approximately 5,000 students each year in the Cite Soleil district of Port-au-Prince, Haiti.

In 2013, the DeWine family visited the school to celebrate with the first class to graduate through the system. The school is run by Charity Hands Together. Today, there are eight campuses with nearly 1000 meals served to students each year.

Frances Struewing and Mike DeWine has been married for more than 50 years. They tied a knot in June 1967.

Patrick DeWine is the eldest child in Mike DeWine and Frances Struewing family.

Rebecca Dewine is the second child to Mike DeWine and wife Frances Struewing. She died in 1993 in an automobile accident.

Alice DeWine Dudukovich was born as the third child to Mike and Frances who works as an Assistant Prosecuting Attorney in the criminal division, Greene County. She's got, three children.

Mike DeWine II is the fifth child, a son to Frances and her husband Mike DeWine.is a MBA student at Ohio State University.

Jill DeWine is the fourth child to Mike and Frances Struewing. Jill has six children and lives in Worthington a suburb of Columbus.

Brain DeWine is a president at the baseball club. He earned a Master's degree in sports management from Ohio State University.

Ann DeWine Bolton is the loving child and the youngest of all works as a reporter at Xenia Daily Gazette.