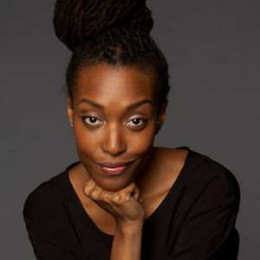 Franchesca Ramsey, an American comedian, activist, television and YouTube personality, and actress, is currently married to Patrick Kondas since 2013. Ramsey is known for her work as a journalist in MTV, MSNBC and the BBC. She created a secondary channel called Chescalocs that focuses on beauty, natural hair care and styling. Ramsey rose to fame with her video "Sh*t White Girls Say...to Black Girls."

Franchesca Ramsey landed a writing position with Upworthy.com and became the host of MTV's news web series, Decoded. She co-hosts the podcast "Last Name Basis" where the couples talk about their lives and the world around them. She is currently married to Patrick Kondas. There is no information about her other relationships or her children. As of now, there are no signs of their separation.

Ramsey tied her wedding knot with Patrick Kondas on November 16, 2013. He is Associate at Stern & Montana, LLP.