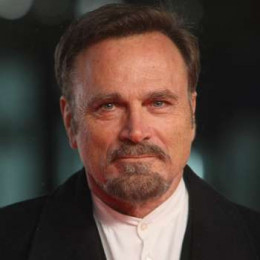 He is an Italian actor who is known for his role on several films like, the title character in Django, as Sir Lancelot in Camelot, as Horacio in Tristana, the title character in Keoma, Captain Nikolai Lescovar/Colonel von Ingorslebon in Force 10 from Navarone, Cole in Enter the Ninja. He landed his first film role in La ragazza in prestito (1964). His birth name is Francesco Clemente Giuseppe Sparanero.

Talking about his personal life, he is a happily married man who has been enjoying his marital relationship since 2006. His wife is a popular British actress, with whom he started dating in 1966 when they met on the set of Camelot. As the two are together from a long time, they have raised a son. Besides, he has dated a long list of gorgeous ladies in his past days.

She is the long time dated girlfriend turned wife of Franco, who is a popular British actress. They started dating on December 1966, when they met on the set of Camelot.

He is one of Franco's children, who now work as a screenwriter and film director.

He is one of Franco's sons, whose personal details have not been disclosed to the media yet.