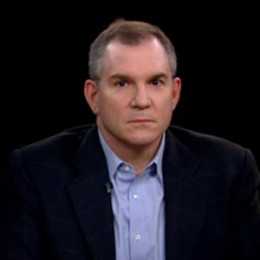 Frank Bruni is an American journalist famous as the chief restaurant critic of the New York Times. He earned the Op-ed title columnist for the newspaper. He is openly gay.

Frank Bruni was born on 31 October 1964 as Frank Anthony Bruni in White Plains, New York. He earned his graduate degree in English with Phi Beta Kappa from the University of North Carolina at Chapel Hill. While in University he was the Morehead Scholar.

Frank completed his Master of Science degree in journalism from the Columbia University’s Graduate School of Journalism. He graduated with the second position in his class. He is the winner of Pulitzer Traveling Fellowship.

Bruni began his career working at the New York Post. Before that, he used to write for the student paper The Daily Tar Heel. Later Bruni joined the Detroit Free Press. He wrote several articles for Detroit Free Press including his acclaimed one Persian Gulf War. In 1995, he worked for the New York Times as a metropolitan reporter. Apart from that he also wrote for the Times Sunday magazine and Sunday Arts.

Throughout his career journey, Frank has covered major events such as Capitol Hill and Congress and George W presidential campaign. He covered the White House for eight months of the Bush administration.

Furthermore, he is an author of the bestselling books like Born Round, Where You Go Is Not Who You’ll Be, and Ambling Into History referring his own struggle with overeating, the college admissions mania and about George W. Bush.  His first cook book written along with his colleague Jennifer Steinhauer, A Meatloaf in Every Oven published in 2017. Likewise, he along with Elinor Burkett wrote  A Gospel of Shame: Children, Sexual Abus, and the Catholic Church.

Bruni is an avid travel writer serving as a writer as well as the commentary of television news shows like CNN and MSNBS. His freelance work featured in magazines like Conde Nast Traveler.

He was appointed as a guest judge on Top Chef and performed with a cameo role in the movie Julie & Julia. Also, he became the tutor of journalism seminar at Princeton University in 2014.

Frank has accomplished a lot throughout his career journey. In June 2011, he won the  Op-ed columnist title for the newspaper—its first openly gay one. He is also two times recipient of GLAAD Media Award for Outstanding Newspaper Columnist in 2012 and 2013. He was awarded Randy Shilts Award in 2016 for his career-long contribution to LGBT by National Lesbian and Gay Journalists Association Award.

The 53-year-old Frank is openly gay. So far his affairs have not come to the highlights. Looks like he is a private person when it comes talking about his relationship and his love interests. He is possibly single.

Bruni earns a decent amount as a journalist. His net worth is certainly in millions. His incredible work not only gained him name and fame he has earned numerous fan followings with more than three hundred seven thousand followers on Twitter.