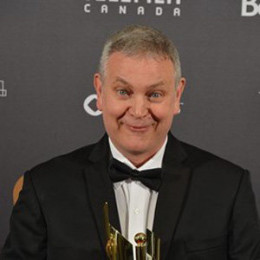 Frank van Keeken is a credited producer, director, and screenwriter who is best known for Wingin' It in 2010. His some other contribution includes, The Kids in the Hall, The Next Step, and Lost & Found Music Studios. At the Candians Screen Awards in 2014, he won an award for Best Cross-Platform Project - Children's and Youth for The Next Step. In addition, he won the award for Best Writing in a Children's or Youth Program or Series for Wingin' It in 2013. After creating four seasons of mega-hit The Next Step for Family Channel, Frank van Keeken was recently removed as its executive producer.

He is in marital relationship with Yolanda Yott. She is also an actree by her profession. They both do support each others professionally and personally. More information regarding their marriage and about children if they have, has not been disclosed. It has been found that the couple are working together in some of the projects. Besides this relationship none of them have involved themselves in any other kind of marital affairs.

The couple tied the knot a long ago and living a happy family life together. They do care each other and are positive toward the family.