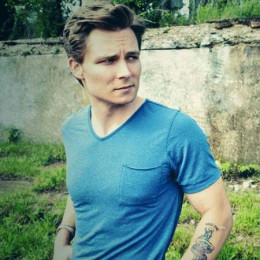 An American country music singer-songwriter and guitarist Frankie Ballard who is widely known for his singles like Tell Me You Get Lonely and A Buncha Girls. He was named after his father Frankie Ballard. His singles like Tell Me You Get Lonely has already charted on the Hot Country Songs charts. His music is said to be more like the music of country star Gary Allan. In 2008 he won the Next Big Star competition held in Michigan. His third single, "Helluva Life" which was recorded in Warner Bros, which charted in number 1 single in early 2014.

Ballard married his love, Christina Murphy on 12 March 2017. She is the owner of Old Smokey Boots, a shoe and accessory store.

Later, he took social media to announce his marriage. They tied the knot at Star Hill Ranch in Bee Cave

He attended Mott Community College and played college baseball. He continued playing baseball in the NCAA while studying at Western Michigan University.

He released his debut single with Reprise Records Nashville  "Tell Me You Get Lonely" in 2010 with the second single "A Buncha Girls" in 2011.