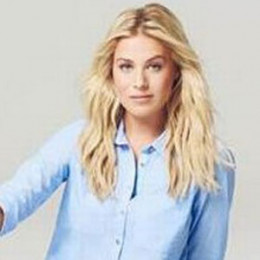 Frankie Gaff is an actress plus model mostly recognized for her role in BAFTA award-winning series ‘Made in Chelsea’ aired in E4. She is one of the very few actors in the industry who made it big in the film industry in a short time. Her fame reached the prominence level when she made her appearance in the MIC series.

Frankie Gaff was born Francesca on June 16, 1994. She grew up in Finchampstead, Berkshire, England.

Gaff studied at Bradfield College and attended Bournemouth University taking the course of business studies. She dropped out of the University after few years.

Frankie began her career as an Intern at Flight Logistics Group Ltd. She then worked as a sales assistant at fashion brand, Hollister.

In 2014, Gaff joined Medico Beauty as an intern covering all areas of business including Social Media and Marketing team.

Afterward, she was cast in the BAFTA award winning E4 series Made in Chelsa alongside Tiffany Watson.

The beautiful Gaff is dating her co-star Jamie Laing since 2016. They have been together for over a year now. Her boyfriend is the heir of McVitie’s and gained fame from Made In Chelsea.

They came to spotlight as both of them were seen flirting and hanging out with another person rather than themselves. Frankie was accused of having an affair with Towie’s Dan Edgar behind her boyfriend’s back. Even though the duo has faced many up’s and down’s in their relationship they are still together.

The 23-year-old actress Frankie’s net worth is currently in six figure. However, the exact number is yet to be shared. Her primary source of income is acting.