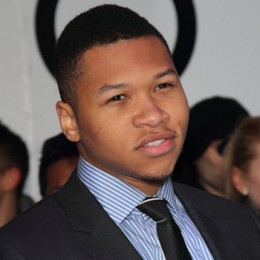 His full name is Franz Alhusaine Drameh, who by profession is an actor, best known for portraying Jay Jackson in the DC's Legends of Tomorrow. Due to his flawless acting, he is widely admired by various groups of people and has been able to grab attention of some high prolific directors and producers. With the Clint Eastwood's fantasy drama "Hereafter", he made his film debut.

Accounting his personal life, he is not a gay. He hasn't married anyone yet as he is too young. There is not much information available about his personal life. He is in his early phase of Hollywood career, so these days he is much more focused on establishing good relation with director and producers rather than discussing his family matters with the media. We can follow him on Instagram @realfranzd.