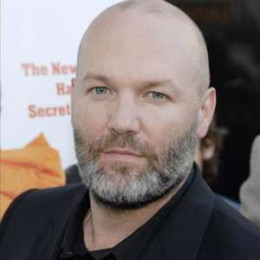 Fred Durst, an American musician and movie director, is currently married to Kseniya Beryazina since 2012. He is known as the vocalist of the nu metal band, "Limp Bizkit" and has released six studio albums with the band. His mother works at a church and his father is a retired police officer. Fred is the Vice President of his record label named "Flawless Records".

Fred Durst is currently married to Kseniya Beryazina since 2012. Firstly, Fred married with Rachel Tergensen in 1990 and divorced in 1993. Later he married Esther Nazarov in 2009 and divorced after three months of their marriage. Fred has two children, a son, and a daughter. He has a son with Jennifer Thayer whom he had a brief affair with. As of now, there are no signs of separation with Kseniya.

Durst is married to make-up artist Kseniya Beryazina since 2012. There are no signs of their separation till now.

Esther Nazarov is the second wife of him. They married in 2009 and divorced after three months of their marriage.

Rachel Tergensen is his first wife. They have a daughter together. They were together for three years.

Adriana May Durst is the first child of the couple born on June 3, 1990. There is not much information about her.

Fred has a son named Dallas Durst who was born on August 30th, 2001. He was born while he had an affair with Jennifer.