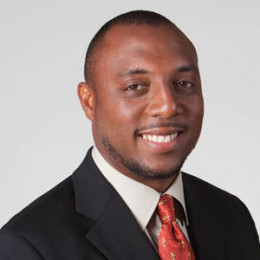 Famous news anchor and journalist Fred Hickman is known as longtime sports reporter for CNN, TBS, YES Network, ESPN, and Fox Sports. He is the son of George Henry and Louise Winifred Hickman. He worked at a local radio station during his time at Coe College in Cedar Rapids, Iowa and before becoming a sports reporter, he worked as a country music specialist at a radio station in Springfield, Illinois. He received CableACE awards in 1989 and 1993, and was a New York Sports Emmy Award Winner in 2004.

He has been married twice throughout his life. His first marriage to Judith Tillman lasted only for eighteen years and they moved apart due to some personal dispute which has not been revealed to the media. Soon after his divorce he married Sheila Bowers. They are now living a happy married life. Its been about ten years and they are still together which proves the couple has met the soulmate.

This was his first marriage with whom they had welcomed a child. The cause for their split up is still unknown.

He married Sheila Bowers Hickman on July 1, 2007. After he tied knot with this woman he is living a happy married life.

This is the first child from his previous marriage.

The only child from his recent marriage.