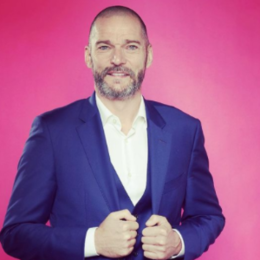 Fred Sirieix is best known for his reality TV shows; First Dates and First Dates Hotel on Channel 4 where he plays the role of maitre d' and matchmaker for the nervous dates on a blind date.

Despite embracing low key life, Fred Sirieix once opened up about questions concerning whether he is in a committed relationship or not. In July 2016, the French-born disclosed he had never been married before. Later, he added the closest thing to marriage revealing that he had a 12-year-old affair with a woman named Alex believed to be the mother of his two children. 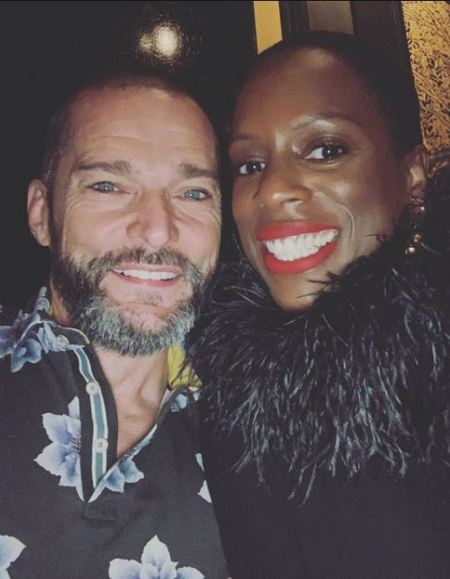 Fred Sirieix pictured with his girlfriend turned fiancee, whom he regards as Fruit Cake. SOURCE: The Sun

In January 2018, Siriex, however, took to his social media to reveal he was in a new romantic relationship with a woman he nicknamed "Fruitcake". The interracial lovebirds got engaged in March 2020 and married a few months later.

As per Sirieix's Instagram bio, Fruitcake is a culinary artist by profession and a dedicated employee along with being a supportive wife of Mr. Sirieix. In addition to that, Sirieix's social media handle is showered with pictures of foods made by his partner. 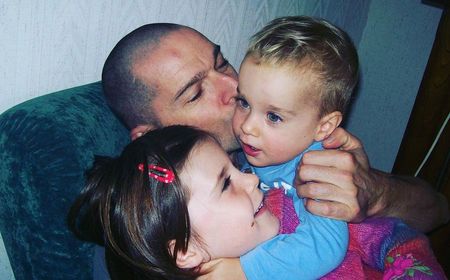 Likewise, in his lifetime voyage, Siriex and his former partner Alex became parents to two children. The couple welcomed their first child Andrea Spendolini-Sirieix who is a swimmer, on December 4, 2000. Two years later, their son Lucien Sirieix arrived.

How Much Is Fred Sirieix's Net Worth?

In the beginning of his career, Fred Sirieix worked at the Chelsea-based La Tante Claire, Le Gavroche in Mayfair, Satario, and Brasserie Roux. Since walking into his appearance in First Dates, Fred is now a general manager at Galvin at Windows - a Michelin-starred French haute cuisine restaurant. The famous eatery is located on the 28th floor of the London Hilton, Park Lane.

Besides, the father of two hosts BBC's Million Pound Menu, a show which sees contestants competing to win the interest of the investors. Likewise, in 2012, he co-hosted BBC2 show Michel Roux's Service, and also appeared on an episode of The Apprentice on BBC1.

In addition, in April of 2020, Sirieix hosted the controversial The Restuarant That Burns Calories. Mr. Sirieix also owns the majority of the shares for The Art Of Service Ltd. is estimated to hold a net worth of over $1 million. Sirieix's training company is along reported to be worth more than $1.5 million.

Andrea Spendolini-Sirieix  is the daughter of French chef Fred Sirieix and his former partner. Andrea is a swimmer.

Lucien Sirieix is the younger child and son of Fred Sirieix he shares with his former partner named Alex.