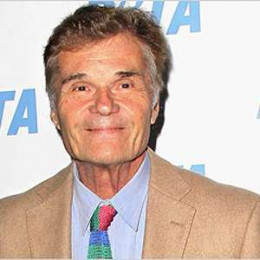 Fred Willard is an actor, comedian, voice actor, and writer. He is well known for his improvisational comedy. His father, whose name is also Fred Willard (died-1951), worked at the financial department of a bank. Willard was educated at Virginia Military and initially served as a U.S soldier and later ended up auditioning for a nightclub comedy. He first appeared in front of a camera in 1967, as a featured actor in “Teenage Mother”, a film having a theme of exploitation . He was honored with two Los Angeles Artistic Director Awards for Best Comedy and Best Production.

Fred Willard married Marry Lovell in 1968. The couple has been blessed with one daughter named Hope Willard, who was born in 1969. His daughter is married to Mitch Mulbarger and has one son Freddie. Willard was once arrested and ordered to attend sex education classes for showing inappropriate behaviors in an adult movie theater.

Fred Willard and Marry Lovell were married in 1968 and have one daughter, Willard Mulbarger. They also have one grandchild, Freddie.

Fred and Mary welcomed their first and only daughter in 1969. Their daughter is Hope Willard, who is currently married to Mitch Mulbarger and has one son.