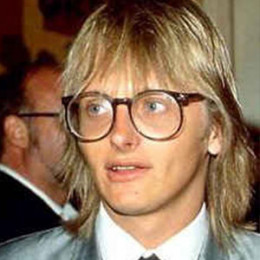 Frederick George Moore is commonly known as "Freddy Moore” is an American rock musician. He came to prominence after the release of his 1980 song "It's Not A Rumor", which he recorded with his band The Nu-Kats. He attended the University of Minnesota to study Music Theory and Composition under composer Dominick Argento. He is also known by his nickname Rick 'Skogie' Moore.

Till now he has been married three times. He was married to his first wife for almost nine years and filed for divorce. His second wife is an actress, filmmaker, former songwriter, and model, whom he married when she was just 17 years old. Their marriage didn't last for a long time as they stayed as husband and wife for only 4 years. Since 2005, he has been enjoying his third marriage. He does not have kids from any of his wives.

She is the first wife of Freddy, whom he married in the year 1971 and divorced in 1980. Personal details about her have not been disclosed to the media yet.

She is the second wife of Freddy, who by profession is an actress, filmmaker, former songwriter and model. She was just 16 years old when she started dating Freddy.

She is the third and current wife of Freddy, whom he married in the year 2005. Personal details about her have not been disclosed to the media yet.