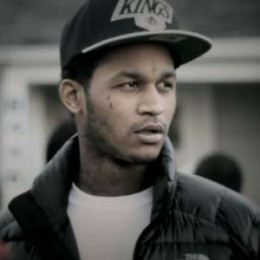 Birth name, Derrick Coleman is best known by his stage name Fredo Santana is an American rapper from Chicago, Illinois. He grew up with his cousin Chief Keef, a Chicago rapper and with his American and African parents. He belongs to black ethnicity and nationality by an American.

The 26-years-old Fredo Santana began his professional career since 2011. From that time, he has been pursuing his musical career and he debut first mixtape, “It's Scary Site” on 20 September 2012, which was featured production by TM88, Young Chop, 12Hunna, and few others.

Fredo Santana mixtape had so many guest presence featured by Soulja boy, young scooter, Lil Durk, Alley boy, and much more personalities. He had made his cameo presence alongside Drake in his music video.

Fredo Santana placed as the Co-CEO of chief Keef’s record label Glory Boyz entertainment for several months. He released his second mixtape in 2013. Soon after, released his first album “Trappin Ain’t Dead”, on 20 November 2013. This album is a huge hit and placed in the USA rapper most charts at 45th position.

On 27 February 2014, Fredo Santana declared that he and Keef were going to publication a collaboration album, “Blood Thicker Than Water”. He also announced the tracklist for his upcoming album, “Walking Legend” on 9 July 2014. Fredo comes through his first release mixtape “Plugged In” in January 2017.

Talking about the Plugged In rapper Fredo Santana personal life, he is an unmarried man, but he is no more single now. Fredo is currently dating Madelyn “Madzilla” Lance, a tattooed hip-hop stoner model since 2015. In the current news, Madzilla is pregnant. In a couple of months, she will give a birth as the first time.

Fredo recently posted a picture on Instagram with her pregnant girlfriend and wrote a caption; “Having my first child in a couple months”. Besides this, Fredo Santana has no any rumors, and not linked up with any other girls yet. The love birds are not in a rush of getting engaged or wedding in the near time.

Fredo is currently dating Madelyn “Madzilla” Lance, a tattooed hip-hop stoner model since 2015. In the current news, Madzilla is pregnant.