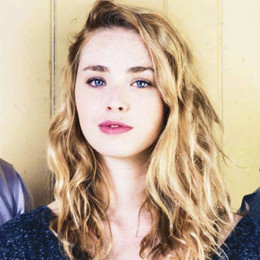 A Scottish actress and model who is better known for playing role of Mini McGuiness in Skins which is also her first professional debut. She is daughter to James Mavor who is award-winning playwright. After watching The Shining she got more interested in acting career. She attended Mary Erskine School in Edinburgh. She started acting from high school stage production of The Tempest. In 2012, she was nominated for Best Actress at the TV Choice Awards for her role in E4 teen drama Skins.

Reading her marital status she has not married yet. She is very hot and sexy and she was even listed in UK FHM's 100 World's Sexiest Women of 2012. After being so popular she is still single. Till now she hasn't dated anyone or she hasn't left any clue of her boyfriend. There was news that she was asked on dating by one of the band member of popular One Direction band but she turned it down telling that she is not his type of girl. It seems like she has got very specific taste in her boyfriend which cannot be fulfilled by random guy.