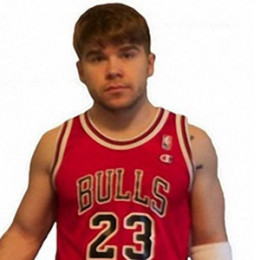 Youtube sensation, Froggy Fresh is popularly recognized for his rap music video, The Baddest which earned more than 11 million views on YouTube. The original video was the first launch on April 20, 2012, and featured on several websites such as The Huffington Post and others. He is quite famous on YouTube as he has over 580,000 subscribers and 79.7 million views until October 2017 which helped him to gain public attention.

Froggy Fresh was born as Tyler Stephen Cassidy on 1990 in Burton, Michigan, US. He holds American nationality and belongs to the White ethnicity.

On April 20, 2012, Fresh uploaded his music video "The Baddest" which went viral in short period and helped him to gain public attention. The video was featured on several popular websites too.

The same year, he released his next song, "Haters Wanna Be Me," which was a huge hit as his first one. Later, he released several songs like; Stolen Bikes, Coolest Guys, The Fight and much more. He changed his name from Krispy Kreme to Froggy Fresh on December 18, 2012.

At the end of 2012, Froggy Fresh launched his first debut album, Money Maker (Reloaded). Following year, he released the single, "Dunked On." In 2014, he confirmed his next album titled, Dream Team. Recently, he announced his tour dates for other areas in the U.S.

Froggy Fresh, 27, is possibly single at the moment. He is one of those media personality who prefers to keep their personal life low-key to the media. Often, in an interview also, he ignores the question regarding his love life which makes him more mysterious.

He is at the top of his career, and that might be the reason he wants to focus on uplifting his career than anything else.

Regarding his net worth, Fresh has earned millions of dollars from his career, but due to his secretive nature, the exact figure hasn't revealed yet.