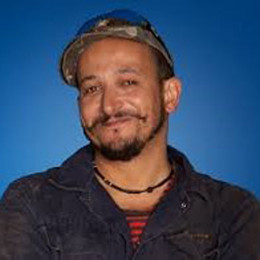 John Richard Keith Townshend, better known as Fuzz Townshend, is a British drummer and is a member of an indie rock band. He is a TV presenter of National Geographic Channel’s Car SOS, Channel 4/More4 motoring journalist and a technical editor of Practical Classics. He is honorary President of the Triumph Sports Six Club. He is a proud parent of two children with wife, Cressida.

With interest in music from early days, his mother bought him a drum set from the prize money. He is a well-trained drummer who took drum lesson from local jazz musician Al Reed. From school days, his hair was so unique that his school chums renamed him Fizz and became famous by this name. At the age of 12, he made his stage debut in March 1977.

After completing a degree, he started an apprenticeship with the local bus company, West Midlands Passenger Transport Executive and began working on buses at the PTE’s Dudley garage. During the period, he recorded first two John Peel Sessions for BBC Radio 1 and released single which was listed in the NME indie charts.

Fuzz began his musical career after he joined former Beat singer, Ranking Roger, and his band General Public from where he got an opportunity to tour the USA. Then the Local indie band, Pop Will Itself asked him to join their group and spent his next four and a half years drumming for the band. They succeeded in both the UK single and album chart and toured North America with Nine Inch Nails.

Then in 2004, he becomes one of the part-time college lecturers where he lectured about music practice and music technology. During the period, his old band PWEI decided to reform.

Apart from his musical journey, he showed interest in a motor garage. A TV production company invited him to do a screen test for a new show, Car SOS held at his Westgate Classical garage. There he was given the position, and the business would feature as the show location.

His first job in journalism was for Practical Classis working as a Technical Editor until March 2011 and decided to freelance and began a new classic car restoration business, Westgate Classics. He left Westgate Classics to set up his new garage on Oldbury, West Midlands called To-Ta Classics along with fellow enthusiast Dave Tassell.

Moreover, his latest creation is Classical Friendly Ltd which is a network of classic car-friendly garages that offers comprehensive safety inspection for MoT test-exempt classic cars as well as standardize servicing regimes. Also, he is to launch an inspection scheme for auction and online auction cars under the same CFL umbrella.

Fuzz Townshend is in a married relationship with his long-time girlfriend, Cressida, since many years. Their wedding ceremony was held in a content ceremony.

The husband-wife is a proud parent of two children: Honor and Oscar and both of them are grown up now.

Fuzz has successfully collected a lucrative net worth of $5 million as a singer and TV presenter.

Fuzz Townshend is a married man. He married his girlfriend, Cressida. The couple is together since more than a decade and is blessed with two children.

Born in 1998, Honour is the elder child of Cressida and Fuzz Townshend.

Born in 2002, Oscar is the second child of Cressida and Fuzz Townshend.