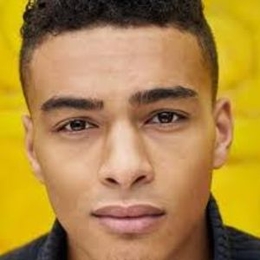 Many times people know what they want to do in life from childhood. But sometimes they realize their dream job later in their life. Canadian actor Gabriel Darku realized that he wants to be an actor when he was seventeen. By age 24, he is now a well-recognized name with series such as "Slasher," "ReBoot: The Guardian Code" under his filmography.

Many rising stars usually likes to keep their romantic life away from the media so that people can focus on their work rather than their love life. However, Canadian actor Gabriel Darku is different. 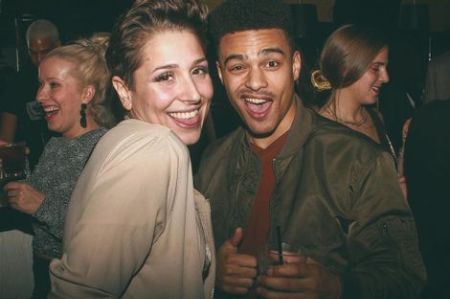 The rising star, Gabriel Darku is currently dating girlfriend Alyssa Marina, and he is very open about her. He readily shares pictures of her on his social media accounts and even mentions her in his interviews.

Well, Darku met his partner in 2013 at Toronto Film School, where they both were students. After knowing one another, the pair started dating. 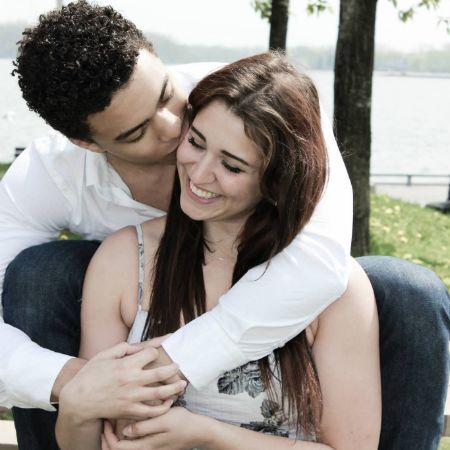 Gabriel Darku and his partner are together since 2013. SOURCE: Gabriel Darku Facebook(@Gabriel Kwame Mawuto Darku)

Gabriel and his girlfriend are along for the past six years. In those years, many aspects of their lives have changed. Gabriel has become a sucessful actor whereas Alyssa is yet to get her big break and is working at Toronto Pearson International Airport.

Though in every stage, Gabriel and his partner have remained together and supported one another. Hope, the love between them also remains the same in the coming years as well.

Gabriel Darku holds an overall net-worth of $250,000. He is able to accumulate this wealth by continuously working in the showbiz for the past four years. 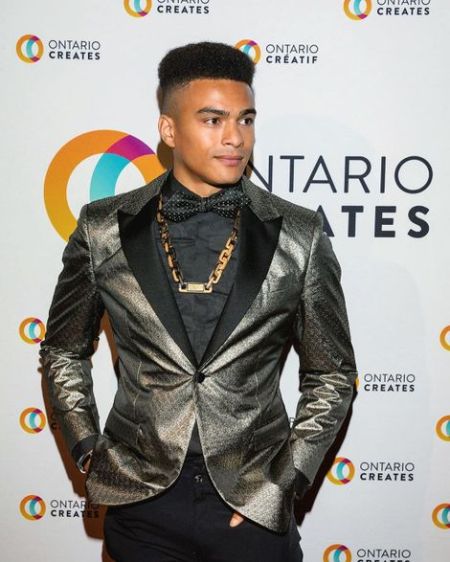 Darku is one of the most in-demand young actors. So, it might come as surprising news for many that he never dreamt of becoming an actor in his childhood. Infact, he was more interested in music and sports.

Darku's plans, however, changed in 2012. His employer at that time, McDonald's decided to do a commercial using their employees. Because of his good looks, he was selected, and then he filmed a 17 seconds commercials alongside four more employees.

The Canadian native enjoyed the shooting so much he decided that he wants this to do for the rest of his life. So, in the fall of 2013, he joined Toronto Film School. 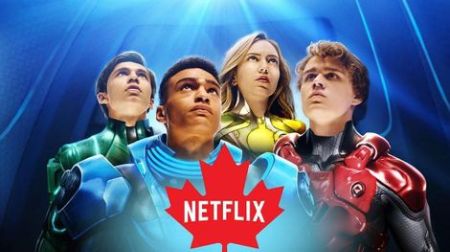 In school, Gabriel learned the basics of acting and even met his agent. Soon after graduating in 2015, he landed a minor role of Brian in the TV series "Heroes Reborn: Dark Matters."  After that, he worked in various shows such as "Shadowhunters" and "Eyewitness."

Darku, however, gained widespread recognition when he played the role of Trey in Netflix show "ReBoot: The Guardian Code." After the sucess of the show, he became a regular on Netflix. He was seen in Netflix shows such as "Slasher" and "Impulse." He will be next seen in the show "October Faction" alongside actors such as Maxim Roy, Tamara Taylor, and J.C. Mackenzie. The show will premiere on January 23, 2020. 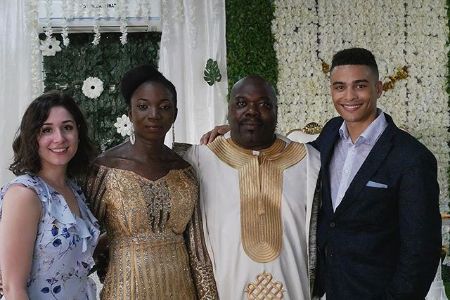 Gabriel Darku and his partner at his father's wedding in Ghana. SOURCE: Gabriel Darku Instagram (@gabrieldarku)