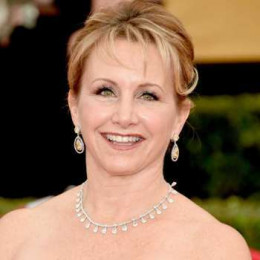 Gabrielle Carteris is an American actress and union leader. She is best known for her roles in the 1990s series Beverly Hills and 90210. She grew up in Arizona with her twin brother James. Her parents separated when she was only 6 month. She was interested in arts at her young age. She graduated from Sarah Lawrence College with bachelor’s degree in liberal arts. She started her career since 1984. Her father and mother are Ernest J. Carteris and Marlene Carteris.

Gabrielle Carteris was born Gabrielle Anne Carteris on January 2, 1961, in Scottsdale, Arizona, the U.S. to Marlene, a realtor, and Ernest J. Carteris, a restaurant owner. She is American and belongs to the mixed ethnicity (Greek and Jewish).

Carteris was raised along with her twin brothers, James Carteris. She was just six months old when her parents divorced. Then her mother moved to with her children to San Francisco, California and runs children's clothing store.

Carteris attended Redwood High School in Larkspur, California. She learned ballet and at the age of 16, she performed as a mime on a European tour. She joined Sarah Lawrence College and completed her graduation in 1983 with a bachelor's degree in liberal arts.

Gabrielle Carteris started her acting career soon after her graduation. She starred in CBS anthology series, CBS Schoolbreak Special. The same year, she cast in ABC series, ABC Afterschool Special as a teenager. She made her big screen debut in 1989 with Jacknife.

She got her major break in 1990 with Beverly Hills, 90210 where she played the role of Andrea Zuckerman. She appeared altogether in 145 episodes till 2000. Some of her screen credit includes Raising Cain, Meet Wally Sparks,  Gargoyles, Mixed Blessings, The Love Boat: The Next Wave, Drake & Josh, Code Black and others. 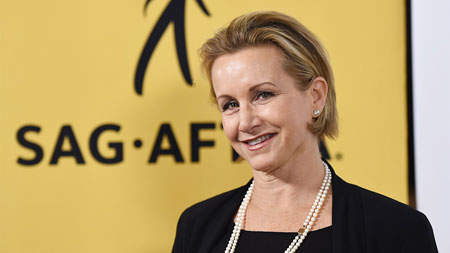 Currently, she is starring in the CBS action police procedural television series, NCIS.

Gabrielle Carteris has an estimated net worth of $1.2 million. Usually, she earned between $150k-$300k from her appearances in TV series.

Gabrielle Carteris married Charles Issacs, a stockbroker at an intimate ceremony in 1992. The duo shared two daughters, Kelsey Rose (born May 11, 1994) and Mollie Elizabeth (born on 1999). 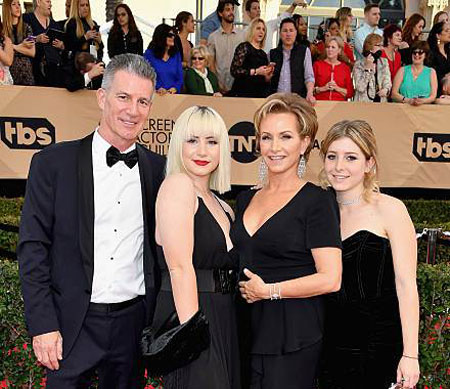 Carteris shares a good bonding with the actor, Ken Howard. In 2006, at an interview, Carteris revealed she faces an accident while filming a TV movie in Vancouver which partially paralyzed her face and affected her speech for more than six months.

Currently, Carteris resides in Los Angeles, California along with her husband and daughters.

Charles met Gabrielle in the professional field and soon after dating couple of years they decided to get married.

She was born on May 11 as the first child to her parents.

She is second child to her parents. She is currently in her High School.