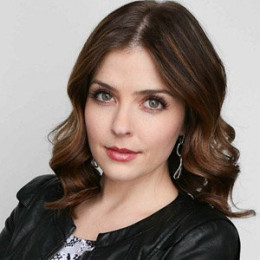 Galen is an American actor known for his portrayal of characters on daytime soap operas. He was born to and raised by Michele De Ońate and Alan Gering and has an older sister named Charissa. At the age of 18, Galen moved to New York to pursue modelling career. Aside acting, Gering finished college at the University of Miami where he studied creative writing and film.Galen is also a film maker and a writer. He is also involved in charity called the animal charity and New Leash for Life.

Galen is married to his long time girlfriend, Jenna Hudlet and the couple has two children. Galen and Jenna moved to California where both pursued acting carrers. This couple eloped to Vegas in 2000, but later had a larger wedding. It was during their marriage reception where they revealed that they were already married. The couple has two son; Dillon Phoenix and Jensen.

Galen is happily married to his long time girlfriend Jenna. Thy have two sons together aged 10 and 8.

Dillon is the first child of Jenna and Galen.

Jensen is the second child of this couple.